It’s the end of the year, and with it comes plenty of analysis of which local ranking factors have moved the needle in 2018. One good example is the Moz Local Ranking Factors Survey, which we’ve already discussed at length in our blog post about ranking factor annual trends and our webinar talking about the results.

Looking at this research alongside some of the comments and survey responses we’ve seen this strongly suggests that citations are playing a less prominent role in determining local pack and organic pack rankings. While this may be true, it’s definitely worth highlighting their invaluable role in giving businesses extra search visibility in the first place.

As you’ll see in the combined data and quotes I’ve assembled below, the local SEO community agrees that getting the key citations in place is now ‘tables stakes’ for local businesses (as in, if you don’t have these in place, you can’t play the local SEO game).

If you want an overview of how valuable citations will be in 2019 (perhaps to help you pitch their use to a manager or client), I encourage to take a look at these statistics and quotes from experts, which should paint a picture of a foundational tactic that all marketing agencies, and owners of businesses large and small, need to take seriously.

First let’s take a look at our aforementioned analysis of the trends seen in how local ranking factors have shifted in influence over the last few years. In this post, we took a close look at the data from the last few years of Moz Local Ranking Factors Survey. 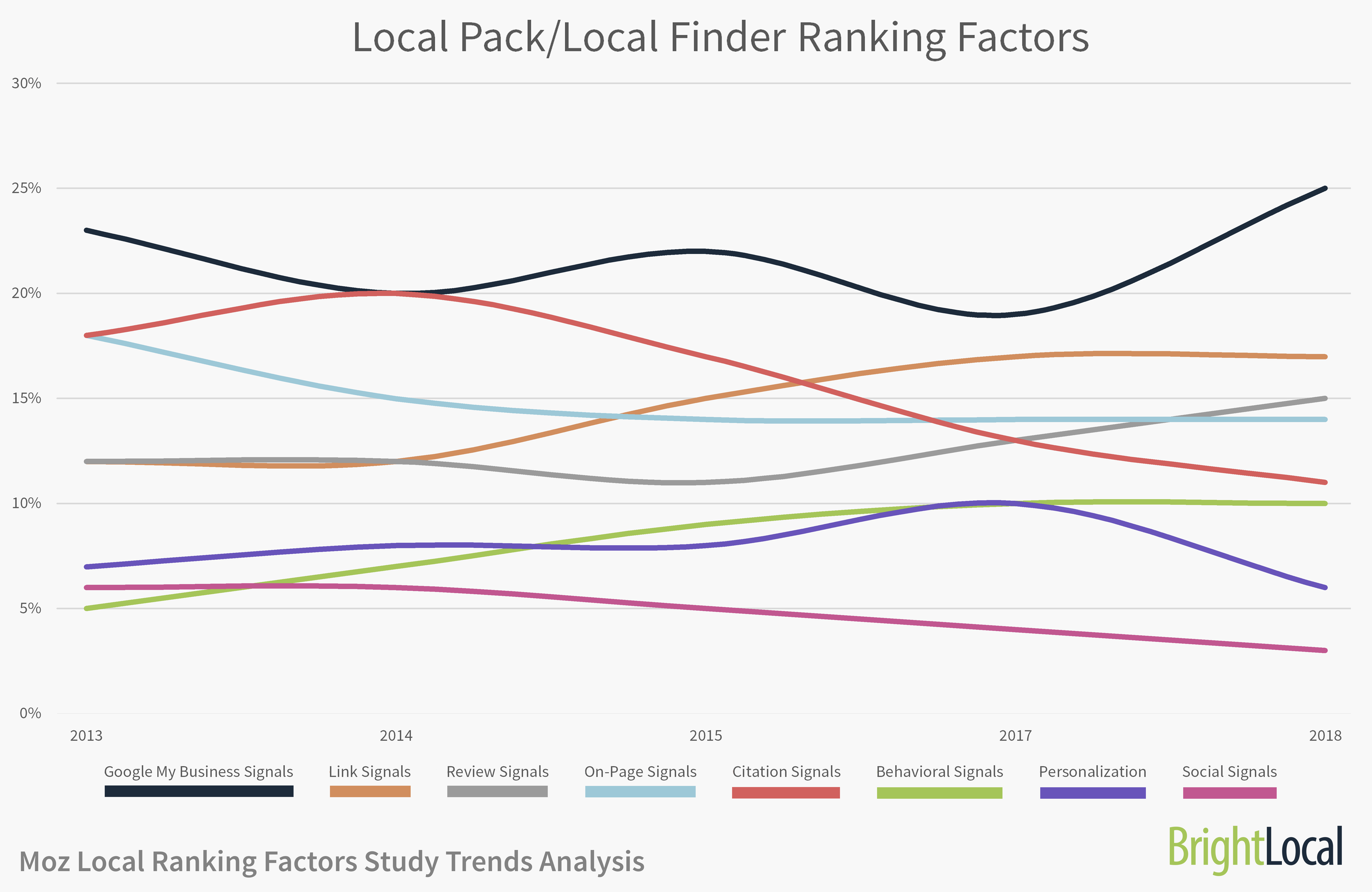 As you can see, citation signals have dropped in influence on local pack rankings, according to the panel of experts surveyed, being replaced by new key signals like Google My Business, links, and reviews.

In his analysis, BrightLocal CEO Myles Anderson noted that,

“Today citations are seen as a fundamental element of local SEO. If you don’t have them you can’t compete locally, and awareness of this is high. Because of this, a greater percentage of businesses are getting this right first time, and so these signals don’t make as much competitive difference as they used to.” – Myles Anderson

Now let’s see what the experts involved in the Moz survey had to say about citations. Ultimately, it seems that the consensus is that citations don’t make as much competitive difference than they used to, but they’re still a foundational ‘fact of life’ for any local business.

“Don’t overlook table stakes, like basic citation accuracy and monitoring. They may not be especially exciting, but they are your ante in. Once you have the basics in place, you can bring your more creative marketing ideas into play.” – Miriam Ellis

“Much as citations became table stakes over the last couple of years, reviews now appear to be on their way to becoming table stakes as well.” – David Mihm

“The big thing I feel is not working anymore is citation building as the only way to build links. Correct NAP across the top citation sources is the foundation, but adding 100’s of other structured citations from low-level websites/directories will not cut it. I like to encourage focusing on where your customers are. Facebook Yelp, Bing, Uber, Waze, and Here, along with niche authority directories like Avvo, Apartments.com, etc.” – Ben Fisher

“We’re worrying a lot less about the 2nd & 3rd tier citation consistency. It doesn’t seem to move the needle or make much of a difference. We worry more about location/category citations that could drive relevant traffic than the more obscure resources.” – Carrie Hill

“Citations don’t move the needle like they used to. While they seem to be a necessary foundation, they’re insufficient to really make differences in search.” – Joel Headley

In August of this year, we published our own wide-ranging study of citations and their impact (or otherwise) on local pack rankings. Taking a sample of 122,125 local businesses across 26 different industries, we were able to look at the correlation (though not necessarily causation) between the number and variety of citations a business has and their ranking. 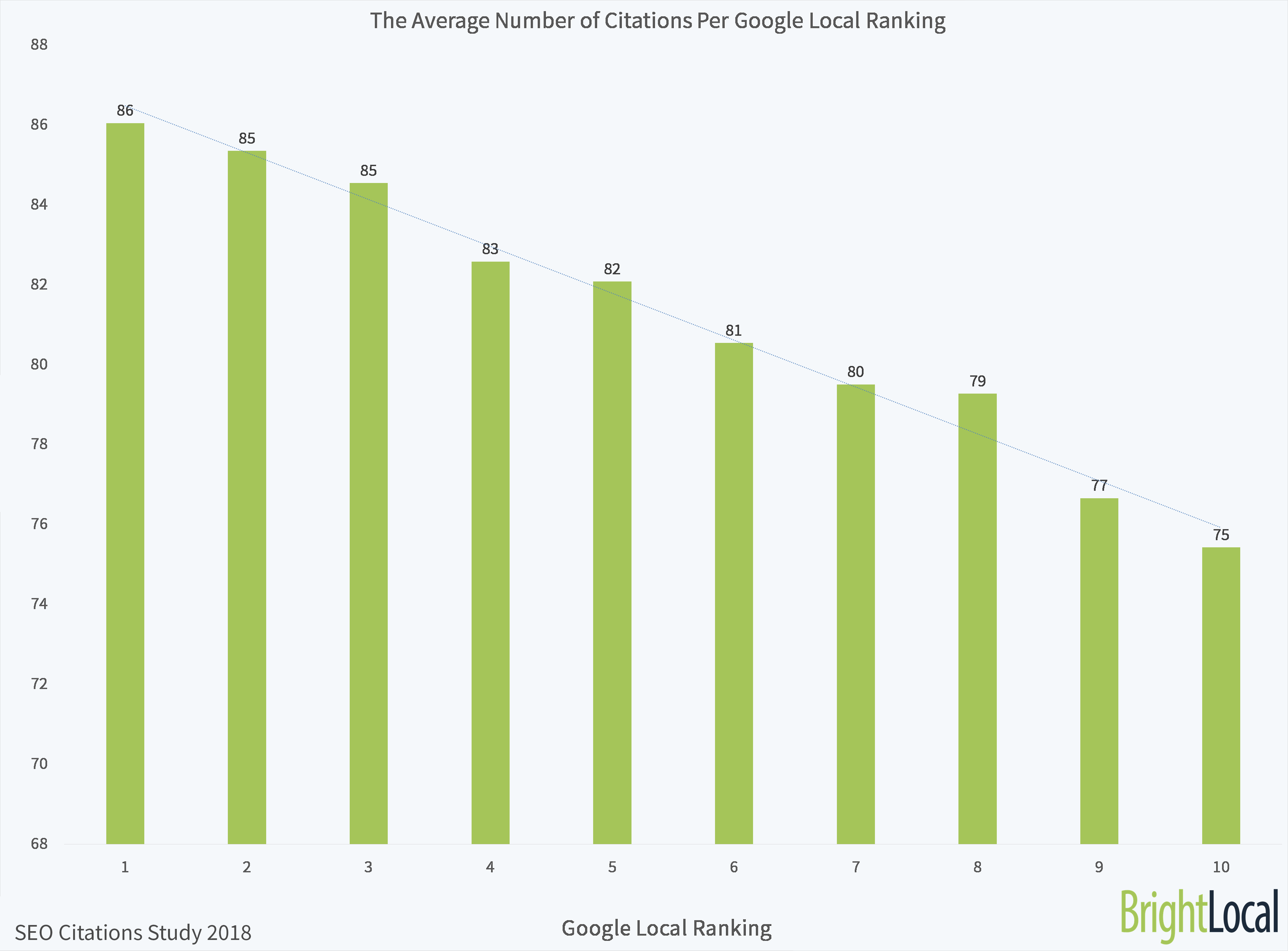 Some of the key findings uncovered by the study (which I’d encourage you to take a look at, particularly for the interactive industry reports and downloadable report PDFs) are as follows:

Just a month after releasing our first SEO Citations Study, we continued to run our annual survey of local SEO experts called the ‘Expert Local Citations Survey‘, which found that: 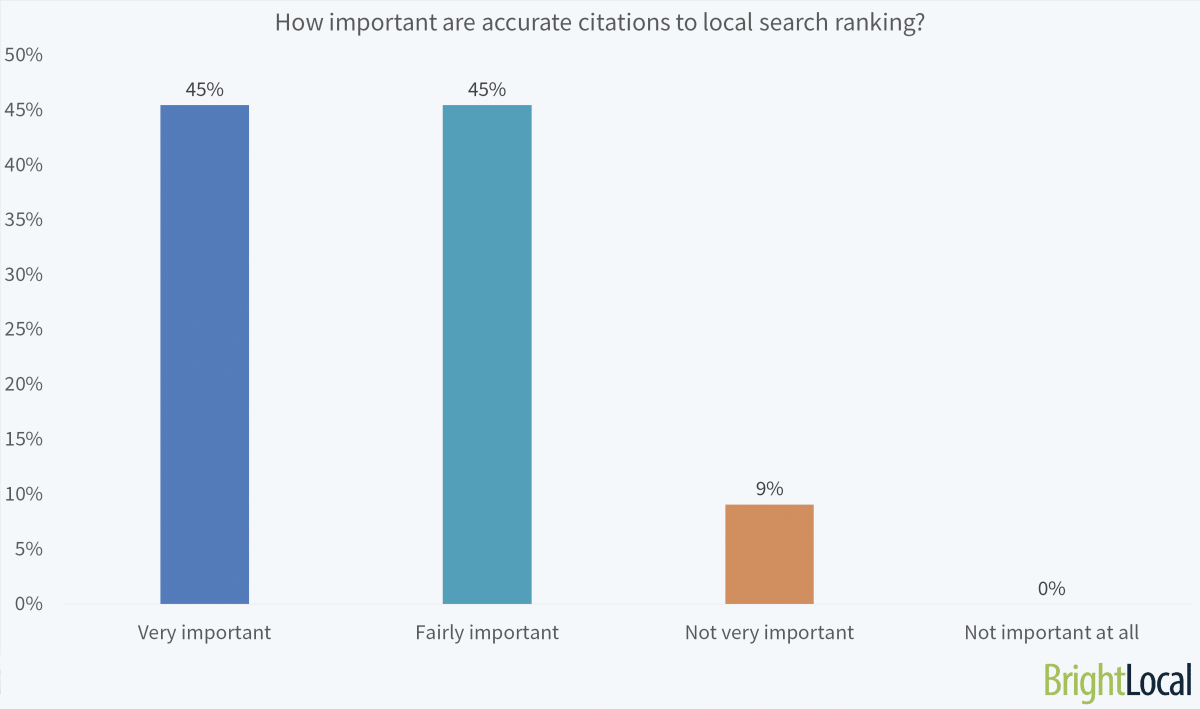 For anyone who has read the full Moz survey, there won’t be many surprises to be found in the responses, but I’ve included these quotes from our panel as they nicely highlight where the bulk of citations work will need to go next year.

“Citations are an important piece in any foundational local SEO strategy – but in our experience, they’re not often “the thing” that will give one business a competitive advantage over another in SERPs. Get them cleaned up and submitted right, and keep an eye on them to make sure nothing weird’s going on, but don’t invest a ton of time in obsessing over them.” – Cori Graft

“We equate citations to the ante you have to pay to play in the Local SEO poker game. They’re a foundational factor that needs to be right, but once you’ve got the foundation handled, they’re not as important. It’s definitely a quality over quantity thing, so we really only care about the “big” sites and then any local or business related sources that would matter for that particular business. Typically more work in the first few months, and then just monitoring after that (with the occasional unstructured citation grabbed here and there).” – Greg Gifford

“We like citations that are with known entities such as local news stations, educational institutions or industry related groups. I think citations that are relevant to what you do and where you are higher quality. That being said, you’ll still want to be in the main national directories as a foundational piece to your local citation profile.” – Matt Lacuesta

It’s not all just about rankings and traffic, though. Accuracy is still of importance to the humble consumer (remember them?). In our first ever survey solely about the trustworthiness of online business listings, the Local Citations Trust Report, we found that surprising number of people have had experiences with citations that damaged trust in the business, including: 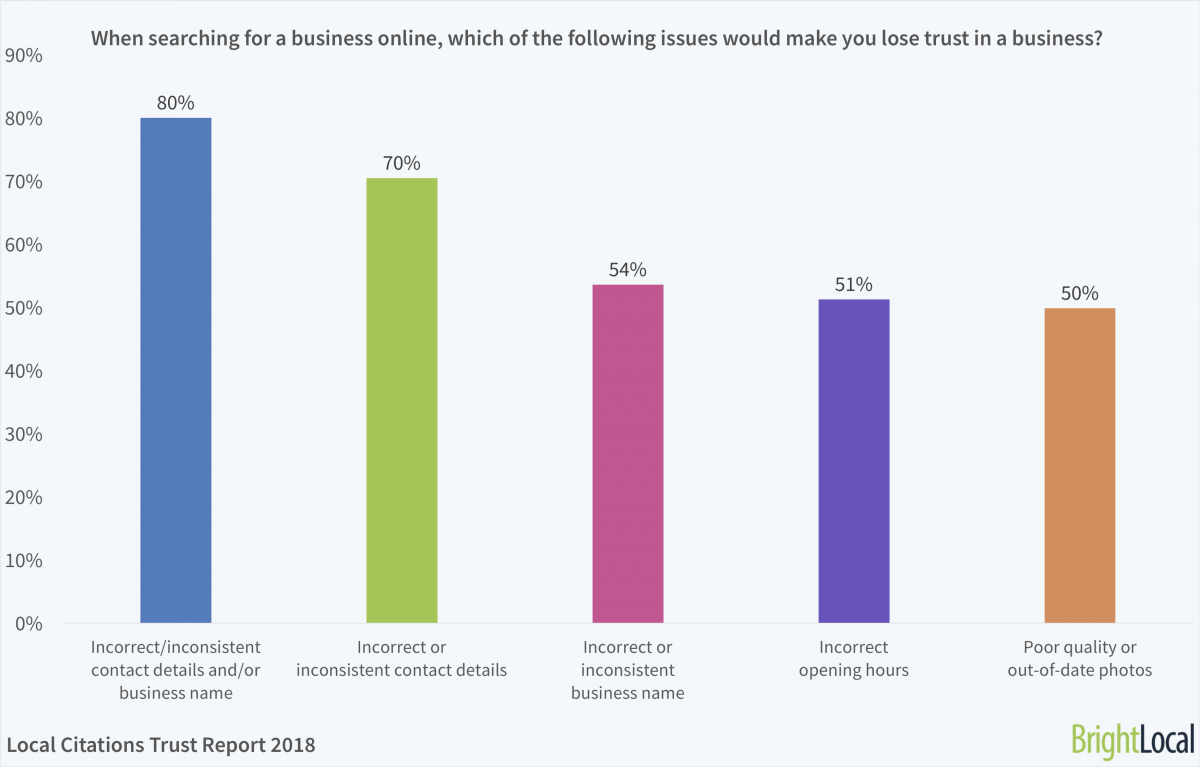 This shows that, when building citations, it shouldn’t just be a case of ‘set it and forget it’; it’s important to keep on top of these listings and enforce any changes to them as soon as possible when business information changes, such as when a business moves location.

In a nod to the forum thread that actually inspired this post, I thought I’d share some of the responses to the posted question that appeared on that thread.

“Short answer, absolutely. Citations are very important for business info consistency…. A brand new business or a business with mismatched info will absolutely need citation work. No question. A company that is well established and has many stable citations may not. It all depends whether you need to build up the foundation or move the needle in a competitive market. So… yes citations are needed, but it depends what the ultimate goal is.” – Eric Rohrback

“The bottom line and consensus is that you need a solid foundation of the top 30 local directories and a handful of niche citations. After that, move on.” – Colan Nielsen

“There always has been, and always will be, benefit in getting your listings “good enough” on the basic sites + sites geared to your niche. Especially when those sites are also review sites (you need to have a listing on a given site before customers can review you there).” – Phil Rozek

“It’s less important these days to list your business on hundreds of sites that get no consumer traffic. We advocate spending more energy on building strong, competitive citations on top sites, with differentiating content like photos that will help you stand out.” – Damian Rollison

So, how relevant will citations be in 2019? Well, it kind of depends what sort of question you’re asking. While getting tons and tons of citations for your business across a myriad domains is diminishing in influence over the local pack, getting a good amount of the key general, local and industry-specific citations in place and accurate will still be important for the following reasons:

I hope that’s helped you decide on which citations strategy is right for your  or your client’s business in 2019.

The post How Relevant Are Citations in 2019? appeared first on BrightLocal.